The City of Vancouver has unveiled its first batch of “slow streets” meant to encourage safer walking and cycling during the COVID-19 pandemic.

The city plans to designate up to 50 kilometres of roadways as slow streets, to limit large gatherings and help people keep two metres apart while getting out of the house.

Those routes won’t be closed, but will have access limited to local traffic.

Under the program, people will be allowed to walk on the roads, while vehicles will be expected to reduce speeds. On-street parking will be preserved, as will access for emergency vehicles and waste collection.

It will include Wall Street, Lakewood Drive, Gladstone Street and the 37th Avenue Greenway.

On Friday, the city said it had installed signage and barriers along the route, and that it would be adding more routes “in the coming weeks.”

The city says it will also be asking for public feedback on how to improve the routes, and that it anticipates the slow streets will be in place until at least 2021.

The initial network roll-out is budgeted tat $2 per kilometre.

Last week, city staff made a presentation to councillors including slow streets examples from Oakland, Seattle, Toronto and Milan. 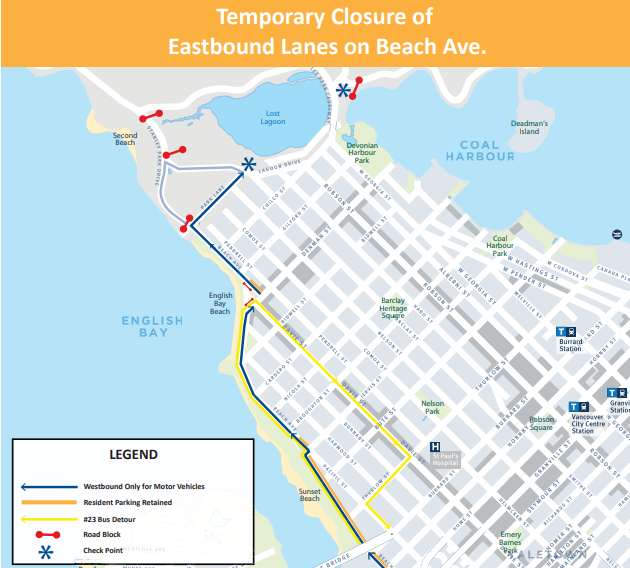 The city has also reallocated portions of some major arterials to make more room for customers to safely line up for businesses or to better accommodate deliveries during the pandemic.

A motion by Non-Partisan Association (NPA) Coun. Lisa Dominato to look at more opportunities to reallocate streets is due to be heard at a council meeting on Wednesday.