From May 1st to 31st, the Mayors of the cities of Vancouver, Burnaby, North Vancouver and New Westminster and the District of North Vancouver are challenging their communities to help the Greater Vancouver Food Bank feed people in need.  Donations can be made online to your city’s fundraising page or by dropping new food donations at locations throughout your city. Help prove that your city is the very best at taking care of its own in the Mayors’ Food Bank Challenge!

The objective is to raise awareness of the Greater Vancouver Food Bank across Vancouver, Burnaby, New Westminster and the North Shore, and to reach the fundraising goal of $500,000 across all four cities. This calculates to approximately $0.43 per capita based on StatsCans 2016 population numbers.

Each city has its own personal goal based on population to help us reach our overall goal:

The GVFB provides direct food assistance to approximately 8,500 people monthly across Vancouver, Burnaby, New Westminster and the North Shore. We also provide food support to more than 90 community agencies such as housing agencies, women and children’s shelters, transition homes and after school programs, which in turn provide hot meals and snacks to thousands of people each week, including people who are homeless.

Our purchasing power can generally double the value of our donors’ money; it is highest on fresh food which is often purchased directly from local farmers (up to 10:1 on potatoes, for example) and lower on non-perishables. We are purchasing more non-perishable, high protein foods and items our clients really value, such as stews, cereal and pasta sauce than the GVFB did historically. Our children’s programs also contain more expensive, highly nutritious foods because these are often the items food insecure families can struggle to provide. 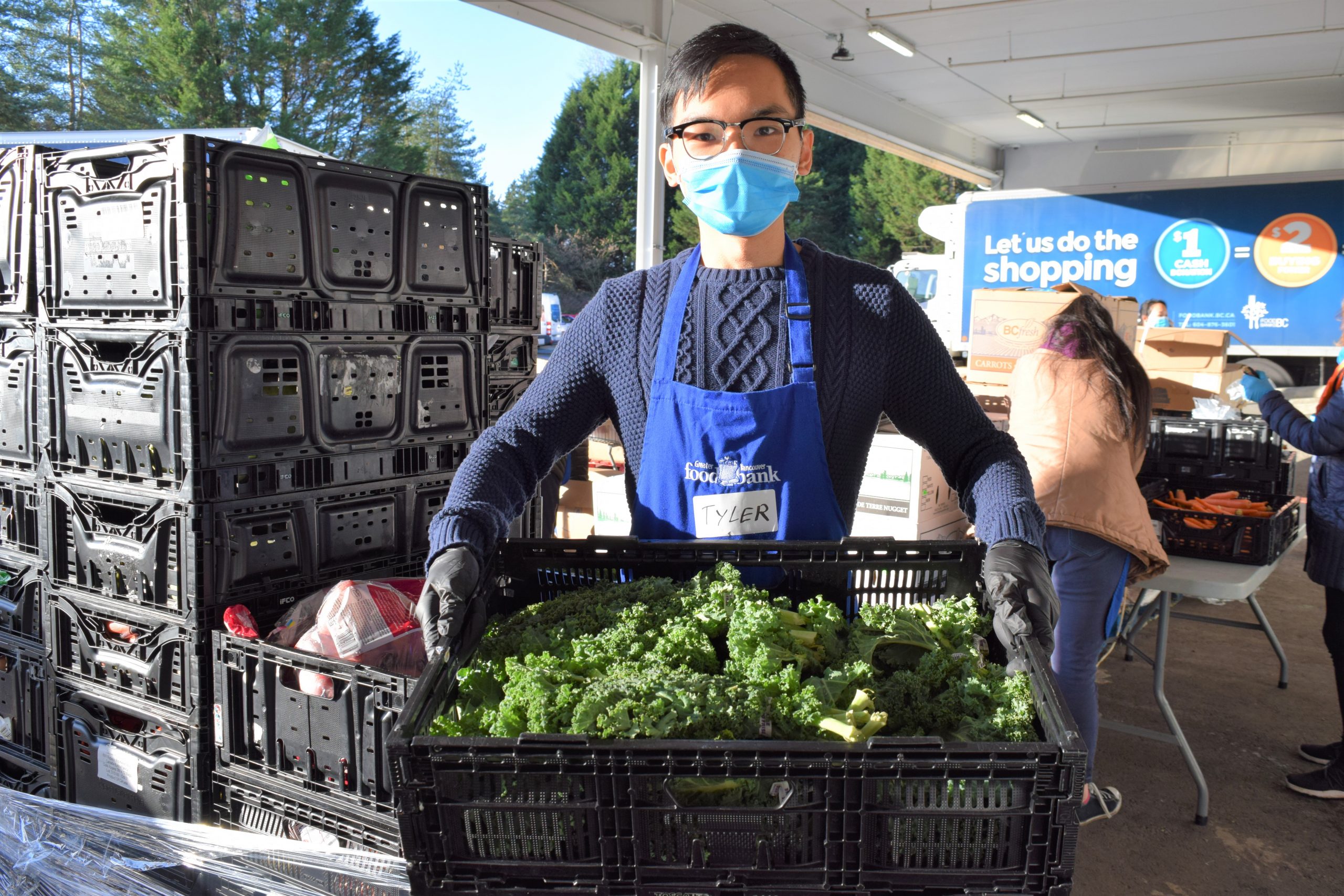